Flame Empress Zeal is a member of the Council of Magic and one of the bosses in Wizard of Legend. She represents the Fire element.

Dragon Rush - Briefly creates a tell line, then dashes across the length of the battlefield in that line, generating a trail of 20 flaming dragons, similar to those of

Dragon Arc, in her wake.

Flying Flame Feet - Bounds towards the player's location with a series of 3 flaming kicks that deal heavy damage and can knock the player back, similar to

Blazing Crash - Leaps into the air towards the player's location slamming her leg into the earth which sends out 3 chains of explosions, similar to

Flame Shuriken - Simultaneously throw 6 shurikens in a line formation towards the player's location. The shuriken track the player for a very brief moment after being launched before travelling straight.

Fire Mines - Creates several large marks on the ground, which explode after a delay. Only used as Boss 2 or above. Similar to Explosive Charge or Magma Rush.

Flare Blitz - Attempts to dash over the player, leaving a damaging trail of fire, then repeats twice more. Only used as Boss 3. Similar to Searing Rush.

Meteor Shower (Signature Arcana) -- Zeal leaps into the centre of the arena, causing 5 seconds of meteors to crash towards the ground randomly doing large AOE damage, similar to

The council members use three of the above attacks when they are the first council member. Each council member adds one more attack before their dance. The second uses four, the third uses five, and 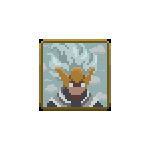